When a chronically ill person is thought to be making everything up by “friends” who couldn’t care less what you were going through. 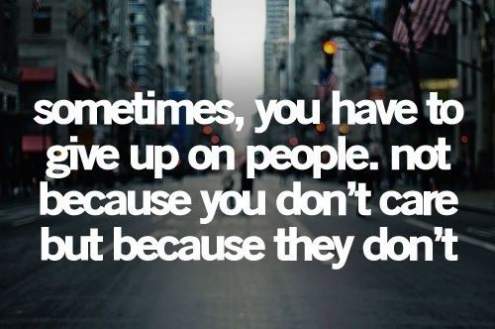 Ugh. As I write this, I have really bad vertigo that’s lasted for a week, resulting in me not leaving the house.  I also have an involuntary twitch in my right eye.  Both are signs that I need Botox again.  Sweet relief on Monday!

Since I got sick in November 2005 at the age of 15, many of my classmates thought I was faking my illness of Chronic Fatigue Syndrome and a host of other health problems that came with it.  I went to a private Christian K-12 college prep school and literally grew up with these people.  My school days were condensed from 8 a.m. to noon every day my Sophomore and most of my Junior year.  I would attend school, go home and sleep, do homework, and then sleep again.  Everything that I did before I got sick, I couldn’t do any more.  No more horseback riding.  No more going out to see a movie in the theater. No going to the gym.  Nothing.   How could they think that I was faking this?!

No one ever asked about my countless doctors appointments, the fact that within a few weeks I was 108 lbs with my pants hanging off my hipbones because I was bedridden and exercising was out of the question, or asked how I was doing or hanging in there.  And that’s when I realized: unless it’s happening to them, no one cares.

Being a Christian school, we had Chapel services every week.  There was this one girl who was extremely annoyed that I didn’t have to attend Chapel and she did.  I would’ve gladly sat through an hour of services than go through the hell that was Chronic Fatigue Syndrome.  She was also annoyed that I missed classes frequently due to being too tired or going to countless doctors appointments all around the area.  Again, I would gladly have traded positions.

Many people think that with Chronic Fatigue and other chronic illnesses that because you look fine on the outside, you are fine on the inside and completely making up your illnesses either for attention, to get out of responsibilities…I don’t know what they thought.  At first it really bothered me, especially when my so-called “friends” doubted me.  And then I realized that it wasn’t worth it.  I had more important things to worry about like my health and staying in the top 5 in my competitive academic class.

My dad told me a story of when he was in high school.  It was a super small town where everyone knew everyone.  Kids went to Catholic school and then to a public high school.  He and his best friend, Jim, were very popular.  When it came time to go to college, Jim’s dad, a high school advisor, told the both of them something that resonates with me, also.

“After high school, you’ll be able to count the number of friends on one hand.”

They thought he was crazy at the time.  They had practically a hundred friends.  Now, they have each other and maybe a couple of other people who stayed in touch.  I can count on two fingers the friends that are really there for me no matter what.  People who genuinely care about me.  And guess what?  They weren’t people I grew up with in school.  They weren’t even people I met in college.  That’s a pretty sad fact.  After high school when we all parted ways to different states for college, I tried to keep in contact via Facebook, texting, and calling.  In the first transition semester of college, old school friends still ten

ded to occasionally talk to you to combat their loneliness and adjustment to college life.  But then as years went on, when they finished college, and I had to stop and drop out of college due to excruciating eye pain, any contact was rare.  Maybe in the early years I’d get a text saying that we should meet up over any college holiday breaks.  But it never really happened past the first year of college.  I met up with one of my best friends in private school during our first year of college during Thanksgiving or Spring Break.  But after that, I didn’t see her for 5 years.  I was always the one initiating: sending texts, calling and leaving voicemails, saying we should grab lunch and catch up, etc.  It’s exhausting always being that person.  If they don’t care to return my calls or texts or want to hang out and talk about how life has been, why should I give a damn?  (That reminds me of my favorite movie with Rhett Butler saying, “Frankly, my dear, I don’t give a damn.”)  If you would ask me what any of my old classmates were up to in life–what they majored in college, where they are living, what job do they have, do they have a serious boyfriend, are they engaged, married, or already starting a family, I honestly couldn’t tell you.  And if you asked them the same thing about me, they wouldn’t have a single clue, either.